Bayview Flowers recognizes the importance of operating in an economic, social and environmentally sustainable manner. We care about the world we live in and as such are developing business practices, while utilizing new technologies that help us reduce/re-use waste and create renewable energy. Some of our key projects include:

An anaerobic digestion system converts organic waste streams into bio-gas, which can be used for fuel. Technological advancements permit these digesters to receive waste streams with higher levels of physical impurities that would normally go into landfills. At the same time, the waste product of this process (digestate) becomes nutrient rich and can then be sold commercially as an organic potting soil or fertilizer. Bayview generates 6500 cubic meters of nutrient rich fertilizer enough for about 500 acres. Bayview’s digestion system is unique in that it is the first example, which utilizes thermophilic digestion to produce higher levels of bio-gas and simultaneously pasteurizes the digestate for its safe handling. This facility is a regulated mixed anaerobic digestion facility operating under OMAFRA rules in the Nutrient Managemement Regulation.

So what? Why Does This Matter?

We need a solution that helps re-use / re-purpose the waste we are creating - In the Canadian province of Ontario alone, it is estimated that residents and businesses create 12.5 million tonnes of waste each year, which equates to almost one tonne of waste per person. Anaerobic digestion systems use waste streams to create energy and the recovered resources can then be converted into products such as fertilizers (which can be re-sold.)

We need a solution to reduce the amount of waste in our landfills – The amount of landfill capacity available in Ontario is less than the disposable capacity required for IC&I waste generated in the province. At current rates, the landfills are only expected to last 25 years.

We need a solution that creates renewable energy (and is economically viable) - The bio-gas created through this process is non-polluting and renewable. New technologies also improve the economic viability /competitiveness as expanded feedstocks and waste streams lead to increased bio-gas production. Currently, the Bayview Digester is producing 250kWh per hour which is enough for about 200 homes in a year.

Bayview plants are grown in environmentally friendly greenhouses. 95% of our irrigation is drawn from natural rain water, which is filtered and recycled back into our watering system. Our pest control is predominantly managed by biological controls. This means predatory insects are released into the growing environment to eliminate plant destroying insects. Through these natural forms of control, we at Bayview are able to maintain a high level of plant quality, without compromising the environmental integrity of the process.

In 2014, Bayview Flowers fully implemented a 250 kilowatt solar energy system by installing 1200 solar panels. Since its installation, the system has generated thousands of kilowatts. As of February, 2016 the energy generated by this system equated to about 300,000,000 batteries or approximately 800,000 km travelled by a car. This project is another way in which Bayview Flowers is trying to support Ontario’s Green Energy initiatives.

Did you know? In 2014, the average annual electricity consumption for an American residential utility customer was 911 kWh per month or about 30kWh per day.

Want to learn more about our CSR initiatives? Contact us today.

Bayview plants are grown in environmentally friendly greenhouses. 95% of our irrigation is drawn ... 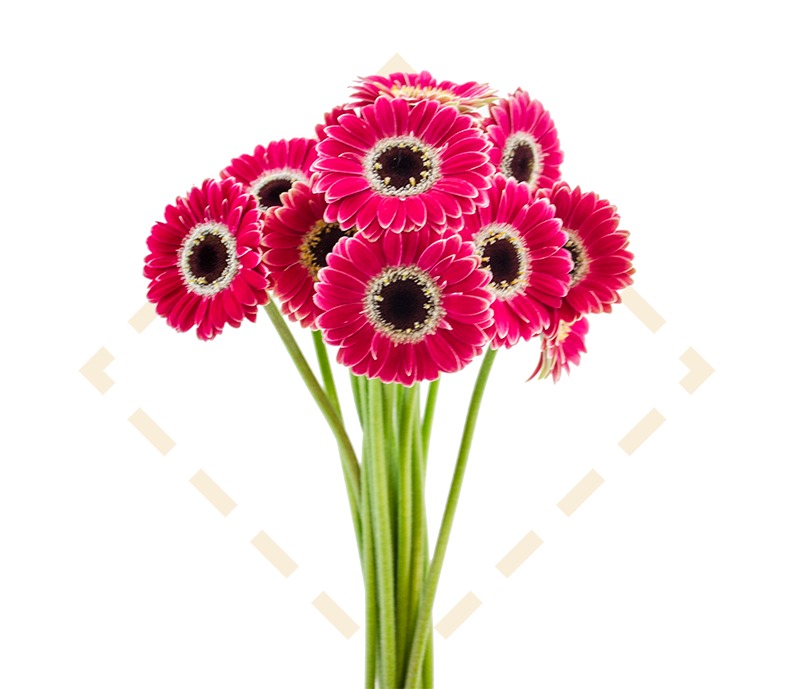 Exclusively grown in this region by Bayview Flowers.…

Item of the Week
Piccolini Flowers™
Exclusively grown in this region by Bayview Flowers. Learn more here!Read All News